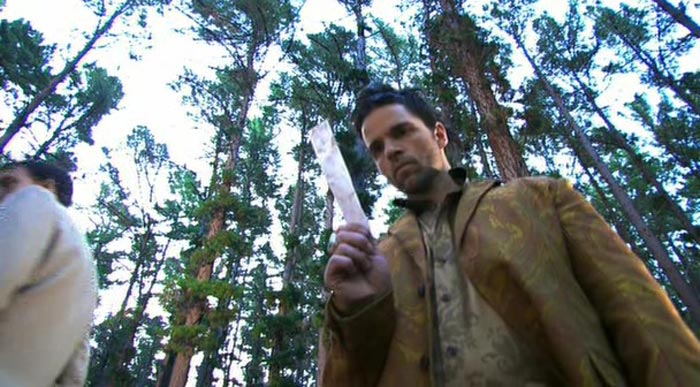 (this recap was posted on Tuesday morning at 4 A.M. EST, just so it appears RIGHT after the show originally aired at 3 AM. Nice job, Sci Fi Channel!)

After what was effectively a two-hour pilot to set up the universe, it’s time to get down to business and let poor Charlie Jade have a clue what’s going on.

We change up narrators again with this episode. This time, 01 Boxer has the duties. As befits a sociopath, he has a bit more fun with the job than his predecessors. Where Charlie was all business and Reena was melancholy, 01 is just having fun with all this adventure.

The adventure starts off early with Reena rollin’ a white dude (a Vex-Cor employee) to get some scratch. I can only assume that Gammaverse, like the Federation, has no concept of money or commerce. It must be a shock for this poor innocent to have to *pay* for things. 01 finds the mugging funny, even if he wishes not everyone hated the family business. They just want to make money, after all!

01 is surprised, but happy to find out Reena’s in Beta. He clearly has the best view of what’s really going on because he can see all three ‘verses. It’s unclear if he has other knowledge that gives him a further leg up on everyone. Regardless, with another piece on his chessboard, 01 is more confident he can make things work to his advantage.

Charlie is still staying at the shelter from last episode and Karl comes by to offer him a job. A hundred rand a day and a couch, assuming Charlie can find it beneath the books and clutter. As they’re leaving, a beggar asks Karl for change and he obliges. The following morning, Charlie will have a slightly less pleasant exchange with the same fellow.

The Hunt for Reena 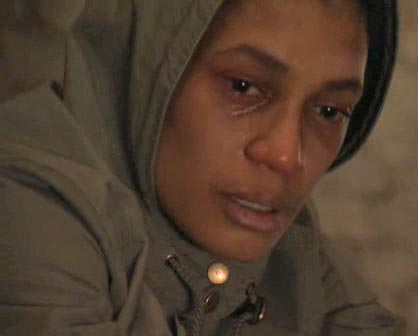 Karl is convinced that Charlie’s an alien. He can think of no other explanation for the very alien way in which Charlie sees the world and the ignorance he shows of it. Not recognizing a picture of Nelson Mandela is merely the most current manifestation of his ignorance. Charlie of course knows he’s not an alien, even if he doesn’t know where he is.

Karl and Charlie decide they need to track down Reena. I tell you, it’s times like this I really appreciate Charlie’s detection abilities. He must have been a heckuva PI in Alpha.

Reena’s not having the best time in Beta. Seemingly getting sicker by the minute, she finds a seedy hotel and rents a room for a week. I don’t know the conversion rate between dollars and rand, but I know d-bags when I see them: he overcharged her. This world is not just foreign to her, it almost seems to be killing her. The way Patricia McKenzie looks at everything, as though the light hurts her eyes, really sells the pain she feels here.

In Gamma, 01 is at the site of a car wreck. A little red car, this is the one Reena and her beau were in during the pilot. The Vex-Cor investigator has a picture of the young lovers and 01 takes a good long look. His body was found; not hers.

Sometime later, Vex-Cor agents show up at the hotel and the manager lets them in her empty room. As they search, he leaves. He rounds the corner and bumps into Reena, who has gone out for coffee or tea. He looks extremely guilty, looks back toward her room, looks at Reena, and she figures it out. She throws the hot beverage in his face and takes off. Another foot chase and another chance for Reena to escape with her superior foot speed and agility. That’s where McKenzie’s dance background really comes in handy. By the end of the episode, her photo has been broadcast everywhere and she finds herself hiding out in the sewers, sick and alone.

While Reena’s getting sicker and more homesick, 01 reports back to the home office with the slate from Beta and Gamma. As we’ve known since the pilot, sabotage in Gamma started a chain reaction that ran up the line. The loss of life was heavy and the destruction of the link facilities was complete. Talk turns to Elliot Krogg who was seen driving away from the test site in Beta. Turns out he’d been recalled to Alpha a month prior and had disappeared. He’s apparently gone native.

In Beta, Elliot and his girlfriend Karen are at a train station waiting to depart. He steps away to get a drink and she’s nabbed by the police with a bag full of money. A lot of money. Elliot takes off.

Outside the Glass Door – which 01 has just bought for a song because the owner was “mysteriously” killed – 01 meets Julius. 01 wants to know about Elliot Krogg and pushes and prods Julius until he gets the information he wants. Elliot’s girlfriend has been arrested.

Meanwhile, Karl and Charlie watch security video that Karl received anonymously. They see Krogg driving away from the test site. Charlie says he saw that, too and Karl gets upset. He thinks Charlie’s “not playing straight.” Charlie suffers yet another of his splitting headaches, this one accompanied by a vision of Alpha.

At Krogg’s house, Charlie spots a surveillance bug like the one he found in the pilot. He grabs it and disables it. Karl’s more than a little freaked out by the technology and doesn’t believe it at first. Charlie mocks him: “Vex-Cor’s been using this stuff for 20 years. I thought you said you live here.”

01 bails Krogg’s girlfriend out of jail, but only to kidnap and drug her. He wants to know where Elliot’s gone and with whom he’s working. What’s interesting though, is that he doesn’t kill her at the end. Instead he asks, “do you remember all the things we talked about, Karen? You won’t forget? Names, dates, places?” Shortly thereafter, he shows up at Julius’ office to tell him Karen’s been arrested.

Then it’s off to Elliot’s hotel room for a little more drug-enhanced interrogation. Elliot denies involvement in any sabotage, but is deathly afraid of whatever will happen if the link is completed. And now 01 knows what that is. By the time Charlie gets there with Karl, Elliot Krogg is no more. He’s been hung in the bathroom.

A couple of interesting things to note:

Charlie spots 01 on the street and takes off. He doesn’t find him, but ends up standing in front of a billboard PSA for missing persons, one of whom is our mystery girl from the pilot.

Something to Stalk About 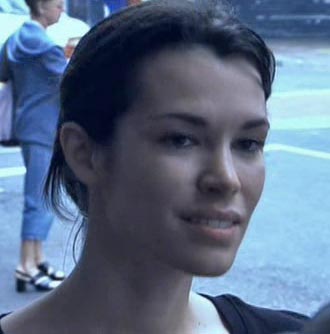 Charlie’s a handsome fellow, but he must have some magic juju as well. Because here he is, hanging outside the restaurant where Paula works. The restaurant where just last episode he nearly beat her father with a cricket bat. Does she call the police? Does she tell her father? No. She runs across the street and flirts with him. It’s true what they say: girls love the bad boys.

I understand Charlie’s motivations here. She’s an exact match of his beloved Jasmine. Jasmine who’s having a rough time of it. In Alpha, apparently C3s can be the property of others. Jasmine belonged to Charlie. As the authorities have declared Charlie dead, all of his assets – including Jasmine – belong to the state now. They have no use for her, so she’ll be cut loose.

She meets up with Sew Sew who found Charlie’s car in the desert. It’s not looking good for Jasmine.

But back in Beta, Charlie’s got a new favorite restaurant. At the end of the episode, he and Karl are sitting there trying to figure out what it all means. It finally strikes Karl that Charlie must be from a parallel universe, “someplace just like this, only better. And much worse.” 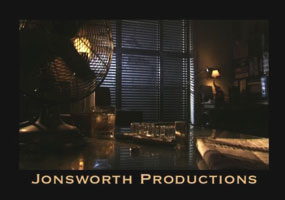